Related to our latest song, here’s one from the original movement:

Just my 2 (Euro-) Cents. Don’t want to lose Great Britain out of the EU.

As announced, the German Wikipedia is off today:

I had followed and supported the change.org call and petition already:

But like suggested from Wikipedia, I also wrote to some (German) politicians who hopefully will represent us all against this planned censorship.

And if you’re a democrat, you should probably think about this as well. Thanks for your consideration.

P.S.: got a first answer from one of the parliamentarians already. Which shows that democracy actually works, it’s only up to ourselves to become active, and do the first (baby-) steps…

without comments from me – enjoy, oder vielmehr: viel Vergnügen.

Trump Strips Citizenship from Children of Immigrants, Thus Disqualifying Himself from Presidency

The New Yorker is only one of many very good publications from Condé Nast.

I’ve read some remarkable articles in the German (online-version) magazine “Die Zeit” recently. One of them was “Das rote Sommermärchen”, and it’s about Sahra Wagenknecht’s new “Aufstehen” movement, which is some kind of a think tank for us lefties if you so wish. Interesting, and if you understand German, it’s a recommended reading.

Another article, also in German and in the same publication, is called “In einer Welt der Verbote”, and it’s about freedom in art, which seems to be in danger from the sides of some (even left) mobsters who are loud enough to get others scared enough to think about public displaying of “difficult” stuff.

And that got me thinking about an image I made myself a few days ago. That was a photo of a colleague who changed from smoking tobacco to inhaling fumes from one of these new pocket steam devices, into which you fill some kind of oil to inhale the fumes of it. That gives a whole lot more clouds than tobacco smoking ever did, and it’s also not yet clear if that is any less dangerous than inhaling burnt tobacco leaves.

Anyway, I had asked that colleague to wait with his next inhalation, got ready with my camera, and took a photo of him exhaling.

And he looked like a monster in that photo. Steam coming out of his mouth, his nostrils, totally unreal. Which reminded me of Freak shows, and led me to the question to myself if I would want to participate in something like it (which I don’t, obviously).

So like always, there’s a fine line between what *can* be done, and what *should* be done, and judgements never come easy – at least they shouldn’t. To question yourself is always a good beginning in my opinion, and should you be interested in a bit of self-reflection, it makes all of the articles mentioned above recommended readings.

And the “winner” goes to… “alternative facts” (which might be copyrighted by Kellyanne Conway, who knows).

Let me use a short quote of the English Wikipedia article about something else related to truths:

“The phrase “alternative facts” was claimed to be similar to a phrase used in Trump’s 1987 book, Trump: The Art of the Deal.[23][24][25] In that book, “truthful hyperbole” was described as “an innocent form of exaggeration—and … a very effective form of promotion”.”

Sounds quite a bit Ferengi to me…

So much about (bad) joke figures for today; sorry about the rant.

Look at this article in the British Journal of Photography, which reports about young photographer Anastasia Taylor-Lind doing some portraits of dignity in the crimes committed against the Rohingya. Thanks also to Human Rights Watch, and Peter Bouckaert for publishing reports and photos like these.

Other than the pope, we can report about this. We can name their names, and accuse those responsible for it. So we have to. Again, thanks for your good work, Anastasia, BJP, HRW, and others. 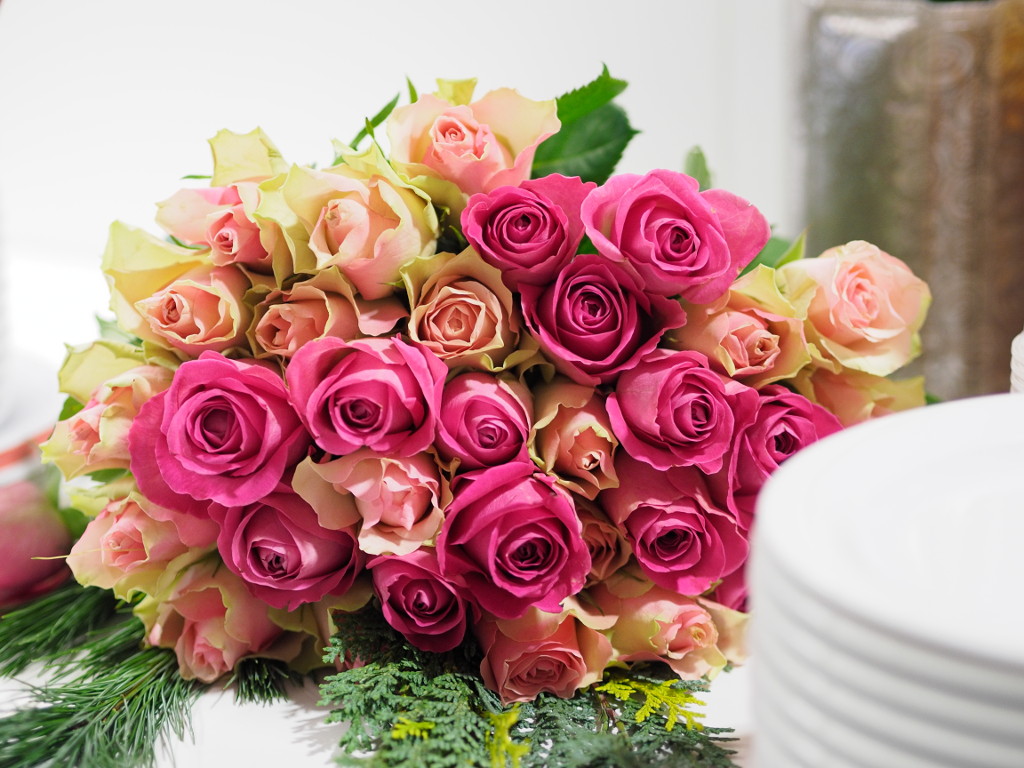 Today was the last workday of one of our colleagues from Filenet. His name is Detlef, and he and his whole (now former) team are so-called “mobile workers”, which means that we see them only about once a week, but we do so since we’ve moved into the IBM Frankfurt offices over 7 years ago.

Heike (Detlef’s team lead) and her team set up a champagne breakfast and invited our team as well, so I offered to take a few photos. I cannot show all of them, but here are some from today’s event:

It was fun having Detlef around, and I certainly wish him a nice and well-deserved retirement time. We hope to hear from him once in a while…

… and as always, thanks for reading. 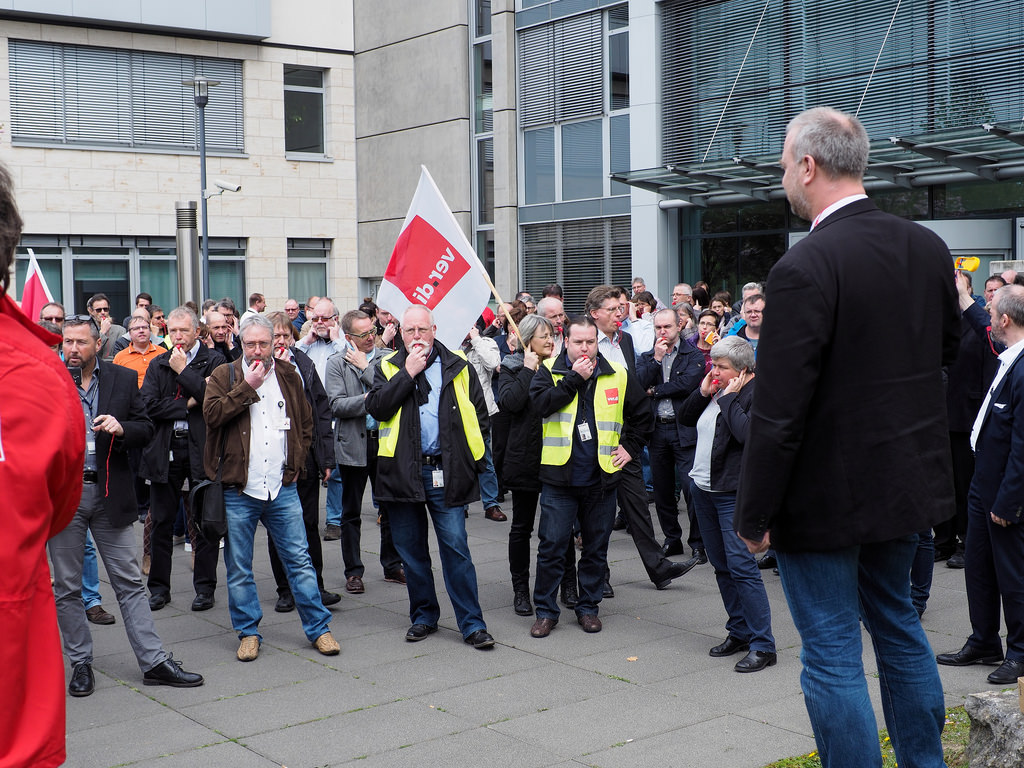 Today at work, we’ve had a short get together to demonstrate against massive job cuts which are planned for IBM Germany. I took some photos with my camera, and also with the one of Bert Stach, chief negotiator of ver.di (our labour union who were the organizers, together with our workers’ council). Here are some taken with my own camera:

P.S.: Tho I converted these photos from the raw .orf files of my camera, I haven’t made any changes to them, except adding meta data like titles, exif tags, and so on, which makes them a bit easier to find for interested parties. So you have to excuse if some lines aren’t as straight as usual – this is documentary photography with its own set of ethic rules and such. Also, the light at “5 to 12” (which was the title of this happening) isn’t perfect for photography as we all know.

my photos on Flickr
my member profile on Wikiloops
my PGP key on keys.openpgp.org
my Mastodon account/handle