Mitchie & me both have the Olympus Zuiko Digital 40-150mm 1:4-5.6 lens; the “old” one from the Four Thirds line, not the newer Micro Four Thirds version. I got mine together with the E-520 DSLR, and Mitchie got hers with the first Pen E-PL1 camera, as double zoom kits. So Mitchie also has the original MMF-2 adapter, and I have a third party “Viltrox” one. Both allow these lenses to autofocus on Micro Four Thirds cameras, albeit slowly (only the top-of-the-line E-M1 camera has phase detect AF like the old DSLRs had).

Yesterday I thought about the zoom lens since it also covers the 135mm range of my new old OM Zuiko lens, although not at an aperture of 1:2.8 – our variable aperture zoom lenses are almost 2 stops slower at that focal length. The newer 40-150mm/2.8 PRO would do the job but costs a dozen times more, and weighs much more than what we have.

So today I had that zoom on my camera, and took a walk with it. Here are some photos I made, one even before leaving the house: 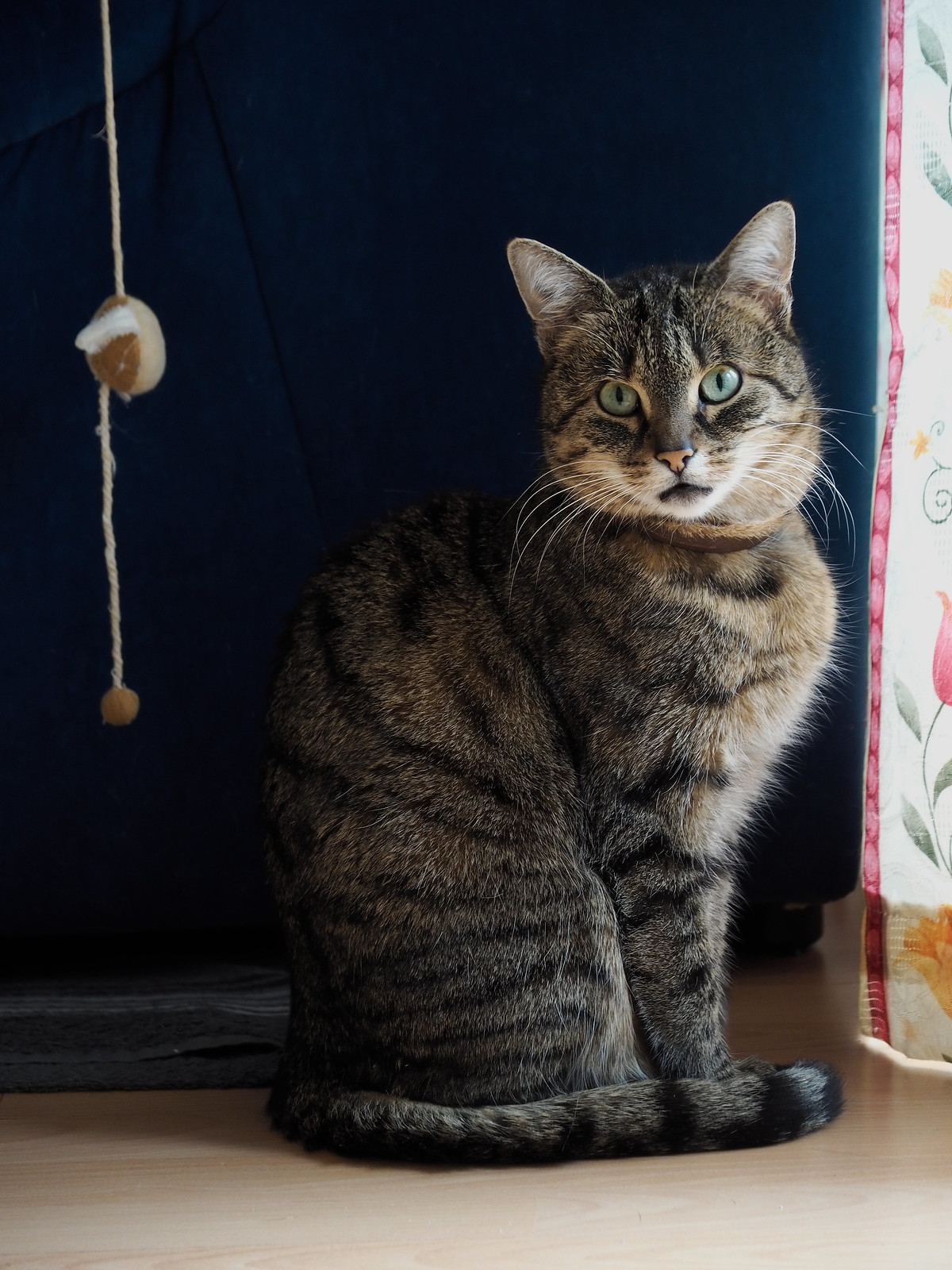 It’s a very versatile lens. I used it at 79mm for the cat, and at 114mm for the step counter on my mobile phone. All outside photos were taken at 40mm (and all are wide open at f/4), which seems to be a “normal” focal length for me.

You get the newer Micro Four Thirds version of this lens for about 150€ (or $) – a very good value. Highly recommended.