Saturday was a great day for Zuleikha – she even wrote an own blog post about it.

First thing in the morning was that Mitchie and Zuleikha went to a nearby pond again to see the goslings which are now a few weeks old. And she could feed them out of her hands: 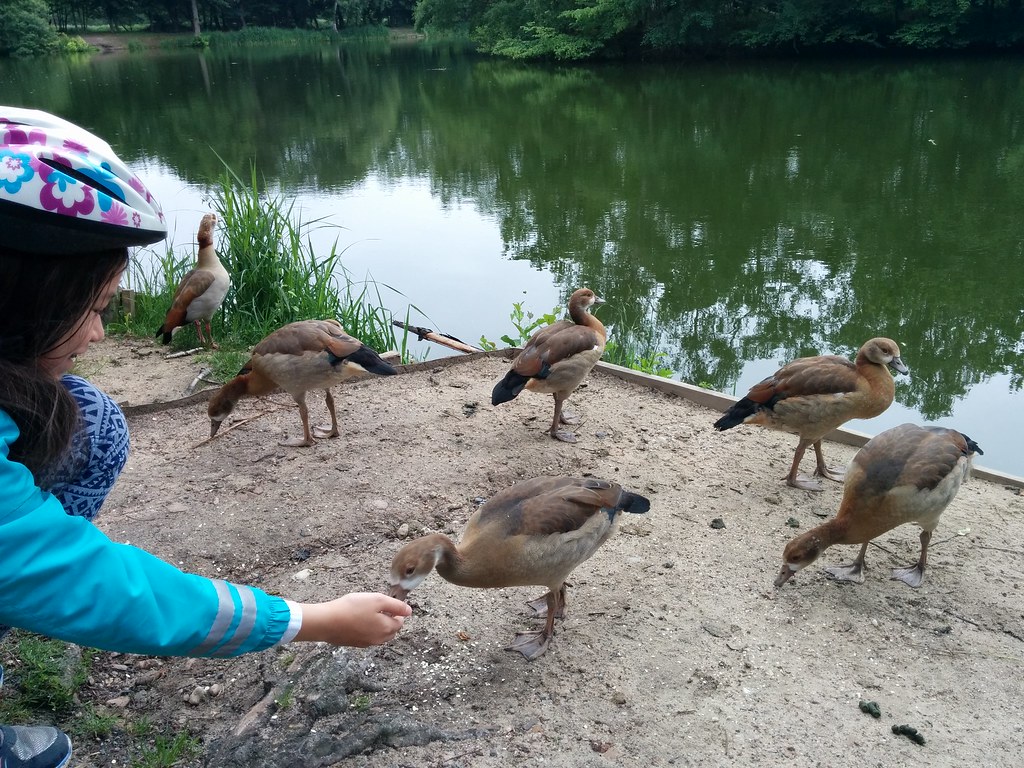 And after they were back home again, we first went to the Yamaha dealer at Nauheim, where Mitchie and Zuleikha sat on an NMAX scooter, then we went shopping and visiting a friend.

After that we went to the closest Polo Motorrad store which happens to be in Kriftel, some 12km from our place just behind the airport and the river Main.

Zuleikha tried on the helmet you see in the header of this article, and then went into a wind tunnel, sat on a Honda Hornet motorbike and accelerated as fast as it went – she said she saw some 122.4 km/h1. This is how that looked:

Zuleikha testing a helmet in a wind channel – riding a Honda Hornet at 122.4km/h 1/3

Zuleikha testing a helmet in a wind channel – riding a Honda Hornet at 122.4km/h 2/3

Zuleikha testing a helmet in a wind channel – riding a Honda Hornet at 122.4km/h 3/3

She even tried with the visor open (up to 50km/h or so), and had no problems to move her head, or to give me a thumbs up through the window (which I didn’t get with my camera). She later told us how cool that felt, and that is was a real great experience for her – plus a nice and very silent helmet as well, as long as it was closed.

Kiddo grows up, hm? Won’t be too long before she wants to be a passenger on my motorcycle (or on a scooter or smaller motorbike with her mum), and it also won’t be too long until she wants her own one. You can start riding and making the license needed for that with 16. Indoor karting with 11 or 12, just as soon as you can reach the pedals…

1 A Honda Hornet is a 600ccm 4 cylinder motorcycle which would easily go faster than 200km/h. But they restricted this wind tunnel to about 122km/h, and I’m glad about that. If you want to go motorcycle racing or need to know how a helmet reacts when you look over your shoulder at 160km/h or faster, you still have to test the helmet on your own motorcycle. But this restriction here is better than to have your kids flying off the bike at 200 or more… my 2 (Euro-) Cents…