Kirk Tuck was praising the small “one inch” sensor cameras lately (and you have to put that in parentheses because their sensors ain’t one inch at all), and Bill Beebe lately wrote why he is still sticking to Olympus µ43rds, like I do as well.

Today I was using my older E-PL5 camera with its “kit zoom” set to 17mm, which equals an angle of view of 35mm on film cameras. The newer E-M10 is much faster to operate with its two wheels, but sometimes I just love to have an electronic viewfinder which you can tilt upwards 90 degrees, and to get another point of view with the lower camera.

Using that combination of camera, lens, and viewfinder I took two photos of our cat today, which I both cropped and processed as black & white photos using RawTherapee’s “channel mixer” (no film simluations, but the built-in possibilities of that raw converter): 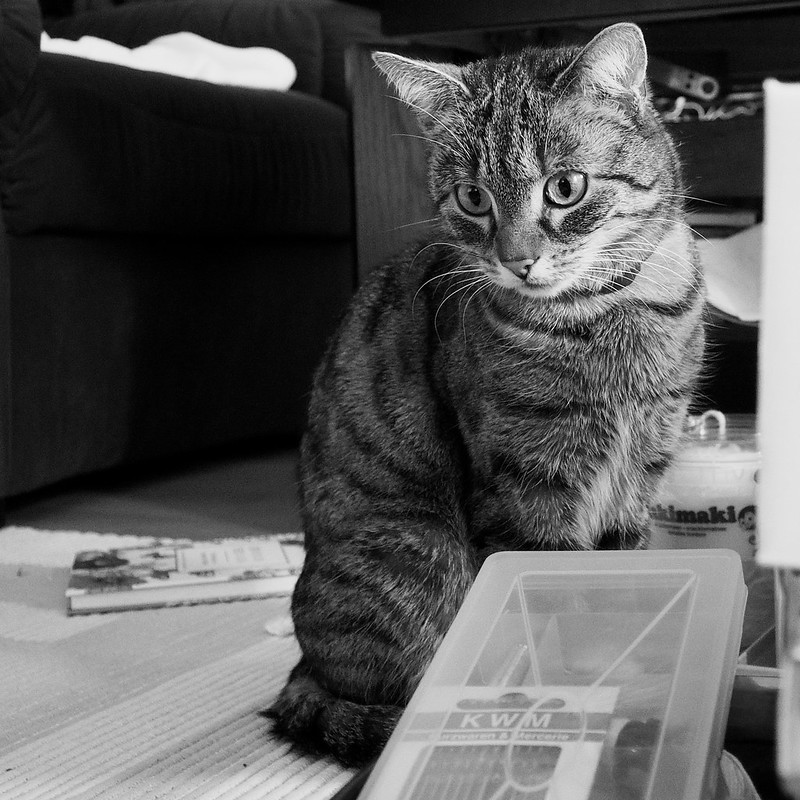 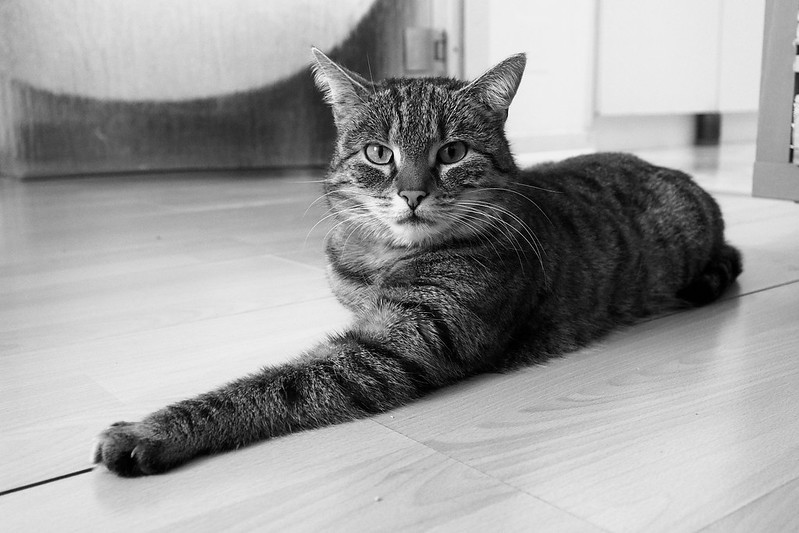 Oh, and photographers should watch a documentary about Bettina Rheims which I saw and recorded yesterday, and which you still can see on Arte+7 for about a week or so. Even if you don’t understand German and/or French, it’s still worthwhile to see one of the great living photographers of our times at work. Fair warning: most of her stuff isn’t really “safe for work”, but it’s real art nonetheless, and it starts with an exhibition of hers at Christie’s in London – one of the higher priced auction houses worldwide as you might guess.

Wonderful, and at least as good as the BBC documentary about David Bailey I once saw.

Thanks for reading and/or viewing.