Olympus Germany has some special offer which runs out tomorrow. You can get some of their single focal length lenses (primes) for Micro Four Thirds discounted, between 50€ and 150€ cheaper than usual.

And then there is the 75mm/1.8 on offer, and it’s about 30% cheaper than usual. Surely an incredible lens, and a very good offer, tho it still costs some serious money – more expensive than any of our camera bodies for instance.

So like I usually do, I take some of my kit zooms and try them on the focal lengths on offer. Did (and showed) a 17mm portrait of my colleague Arno lately, and today I was testing my longer zoom at 76mm inside of our flat.

And that is the keyword: indoors. I knew from my days with a film camera that a 135mm lens was always a bit too long for me, at least when using it indoors – so during that time I always wished for a 100mm or even a 85mm. And today? Let’s see: 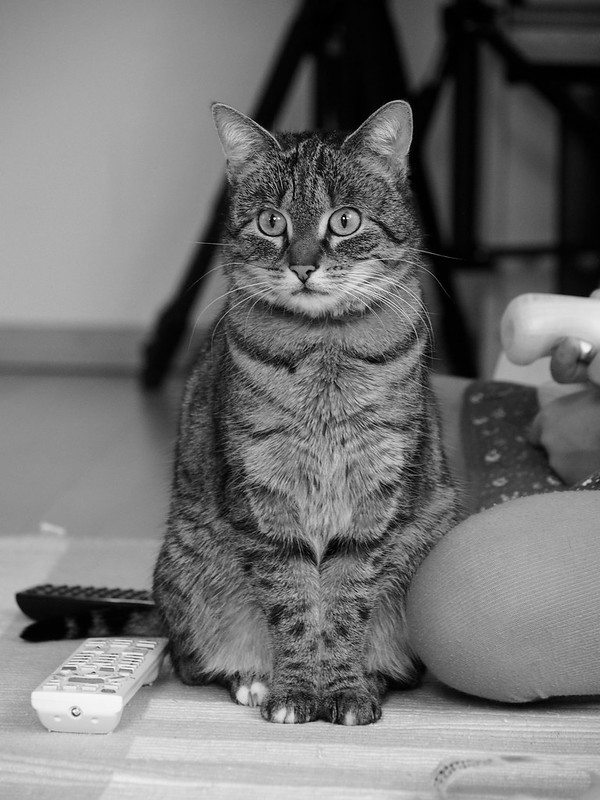 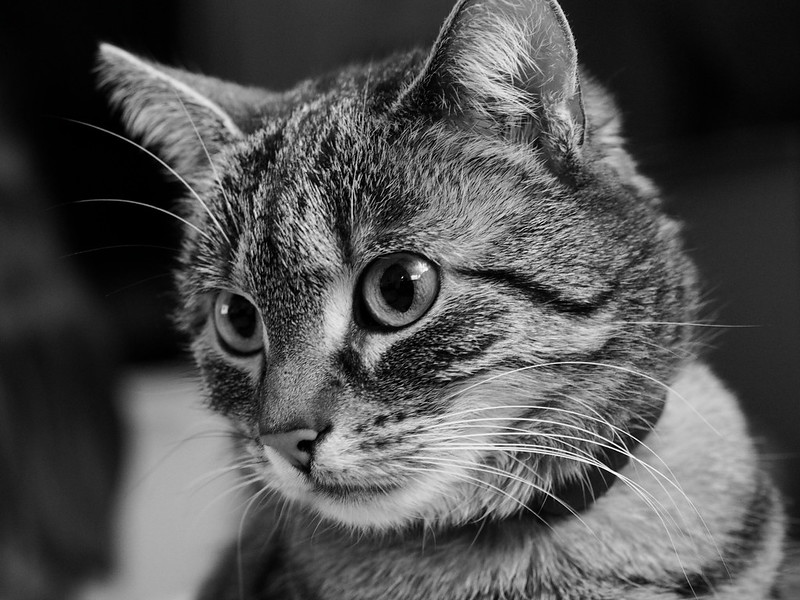 Tuna with the 50mm macro lens

Zuleikha with 76mm (across the dining table)

I’ve tried some more, but what I found is the same as some 30+ years ago: indoors, a lens of 135mm or even more (the 75mm Olympus one would have an angle of view like a 150mm lens on film) is good for only one purpose: really tight “head shots”. If you don’t keep some distance you have to use it in portrait orientation to even get the shoulders.

Which means that my 50mm macro or the 45mm/1.8 M.Zuiko lenses we have already are much more useful when space is restricted.

That 75mm lens would be wonderful to have for things like half portraits (belly-up) outdoors – when used wide open at f/1.8 that would blur your backgrounds quite nicely, almost like that 135mm/2 from Canon which can really separate things from the backgrounds. Or rather like a 85mm/1.8 on film (most of which aren’t as sharp as this Olympus when used wide open).

But indoors? I think we can be glad with what he have already.

Technical: the first three photos were taken with a mix of daylight and some lights which were switched on during the day. The last one was taken using two studio strobes, one from above through a gridded beauty dish, and one reflected from a wall on the other side of the table.

P.S.: here’s another one I took using my 50mm macro today, a still life:

Oh, and before I forget it: since late last year, an Irish photographer sold a photo of a potato for 750.000 Pounds (approximately a million Euro or Dollar), I’m offering this one on Alu Dibond under Acryl in 30x40cm for the sum of 2.000.000,-€, no negotiations possible. And all those who don’t have that much can still download it in full resolution on Flickr – see side bar or click on the picture to get there. If you have it printed yourself, you’ll save some spare change, which you can send to us. SCNR… 😉